The Z Word by Bella Street 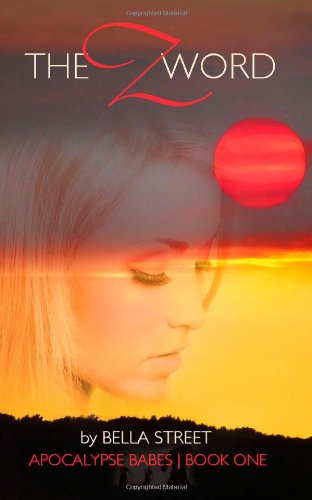 The Z Word follows Seffy Carter and her longtime friends Gareth, Addison and Lani. The four besties share a past dysfunctional and dark enough to keep them bound together under do-over identities. But rends develop in their relationships from the flesh-eating pressures of ending up in 1980, in a Montana desert, surrounded by zombies wearing dated disco duds.

If the blurb doesn’t clue you in as to how odd this book is then take it from me…it’s odd. I didn’t like it enough to find myself raving over it and I don’t hate it enough to completely dismiss it. So 3 stars it is. The concept is kind of new to me. I’m use to zombies but I’m not use to having them dressed up as disco fever enthusiasts, nor I’m I use to time travel playing a part. I have to admit I was skeptical, and I think I still kind of skeptical even though I’m finished with it.

I can honestly say I hate Seffy, the main character. She’s on her whining, complaining, self-pitying A-game for the entire book. If there were ever a person I’d want to slap or trip during a zombie apocalypse…it would be her. That being said, she’s kind of entertaining at times and I almost care what happens to her. I’m also not on the fan list for Addison or Trent. I can’t stand characters who are jerks and creeps just for the sake of being one. It just felt pointlessly antagonistic, which is probably due to the fact that there is a lot of drama going on and you have no idea why it started to begin with. Lani is fun, and I kind of picture her as an older Luna Lovegood. I really think the characters could use to some fleshing out, and maybe include some of their background so you can understand why they are constantly whining at each other. The writing is pretty good though, and despite some of the holes or other lacking areas it’s actually pretty easy to get caught up in.

The zombies don’t really seem to be the main focus in the plot really. They are there and they are important enough that you keep it in your mind, but the time travel lunacy takes the forefront. I was more concerned with why the crap they time traveled and why it seems like a conspiracy was happening then I was with the poorly dressed zombies. Also tons of pop culture references that nearly made me scream at one point.  A few at a time can be humorous, a lot can be irritating. There are also times when I raised my eyebrows and just kind of stared at the book, I mean some of it is just kind of…stupid. I will admit though that I am interested and the ending definitely has me wanting to read the second book, The X Factor.

I suppose I would recommend this to women who enjoy zombie stories with some humor involved, I can’t see very many guys enjoying it. Just be aware of the pop culture references, some songs, and some fashion talk.

This entry was posted in Book Reviews (2011) and tagged 3 stars, horror, review, sci-fi. Bookmark the permalink.

1 Response to The Z Word by Bella Street