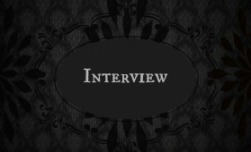 I had the pleasure of reading and reviewing Titan Magic, and Jodi Lamm was kind enough to answer a few of my questions. You can read my review here. Titan Magic Review

If you care to know the usual, I was born and raised in the Pacific Northwest. I currently live in the Sonoran Desert with The Other Lamm, three furry creatures (only one of which is an honorary dragon), and a variety of musical instruments. I write for the love of storytelling. I’m addicted to fantasy, ghost stories, and anything with just the right amount of eerie romance.

Q: Titan Magic is such a unique book. What inspired you to write it?

The answer to this question might contain some minor, early-on spoilers, so there’s fair warning. I was originally working on a character exercise about a mute girl, who became the slave of a talking stag. But when I was assigned the Prague golem as a research topic in a college course, the idea just screamed at me. I told my professor, and he was more excited about it than I was. So Titan Magic was born.

Q: Can you describe Titan magic in a single sentence?

It’s a story about a girl who finds strength and identity in her fight for freedom from the god who loves her.

Q: Is there a character that you enjoyed writing about the most?

Marcus was my favorite character to write. He just made it so easy. He took the reins for every scene he was in. Will was a close second. Writing him was like chatting with an old friend. The most difficult character for me to write was probably Eli Mahler. He is always incredibly calm; I am not. We were at an impasse. But he was gracious enough that we managed through it.

Q: Are any of your characters based on real people?

They are like Frankenstein’s monster: all parts of many people, including myself, and some things I made up.

Q: Is there a chance for a sequel?

Totally! The sequel is in the revision stage right now. I’m very excited to share it with everyone.

Q: What is your favorite thing about being a writer? Are there any cons?

My favorite thing about writing is when my own story takes on a life of its own and surprises me just as much as it would if I were reading a stranger’s work. It sounds crazy, but it happens, and it’s amazing. There are cons, one being that writing is a solitary activity. It’s difficult to avoid becoming a hermit. But I’ve always been a bit of a loner, so it doesn’t trouble me too much.

Q: What are some of your favorite books?

I have a soft spot for the old, spooky romances by authors like Edgar Allan Poe, Victor Hugo, and Gaston Leroux. But I think the most beautiful book I’ve ever read is J.M. Barry’s Peter Pan. The language in it is so fluid and rich. To this day, I’ve never read its equal.

Q: I noticed in your bio that you have some instruments, do you have a favorite?

Yes! I LOVE my bayan, which is a Russian button accordion. In fact, my “author photo” at Goodreads is the picture I took of it shortly after buying it (because my bayan is WAY more photogenic than me). I’m still learning to play it and getting better all the time, but it is SO much fun. I also have a hammered dulcimer that I love the sound of, but I can’t play it very well, so I rarely get to hear it. And I love my aeolian harp, which was the first instrument I ever bought. It is meant to be played by the wind, but I’ve never heard it except when I hang it out the car window like the weirdo I am.

Q: If you could choose one author to meet and chat with who would it be?

It’s so difficult to choose! If I don’t say Edgar Poe my thirteen-year-old self will murder me, but my husband will give me the evil eye if I don’t say Douglas Adams. Then again, I’ve always been curious whether Oscar Wilde had as outrageous a personality as reported. And it seems every time J.K. Rowling speaks, something inspiring and beautiful is born. Diana Wynne Jones, Philip Pullman, and Neil Gaiman are all authors I have a ton of respect for. And oh, Terry Pratchett, I love you! You see why this question is so hard?

Q: Do you have any advice for aspiring writers?

I would say, get lots of practice and read a ton. It’s just like learning an instrument or a sport. You have to work at it and study the masters. Don’t expect it to be easy, and don’t ever, ever give up.

I want to thank Jodi for this awesome interview! I hope everyone enjoyed it!  For more information about Jodi Lamm and her book please check out her website: The Great and Terrible Lamm.

This entry was posted in General and tagged interview. Bookmark the permalink.