Posted on December 5, 2013 by Michelle @ In Libris Veritas 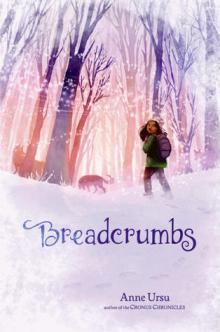 Once upon a time, Hazel and Jack were best friends. They had been best friends since they were six, spending hot Minneapolis summers and cold Minneapolis winters together, dreaming of Hogwarts and Oz, superheroes and baseball. Now that they were eleven, it was weird for a boy and a girl to be best friends. But they couldn’t help it – Hazel and Jack fit, in that way you only read about in books. And they didn’t fit anywhere else.

And then, one day, it was over. Jack just stopped talking to Hazel. And while her mom tried to tell her that this sometimes happens to boys and girls at this age, Hazel had read enough stories to know that it’s never that simple. And it turns out, she was right. Jack’s heart had been frozen, and he was taken into the woods by a woman dressed in white to live in a palace made of ice. Now, it’s up to Hazel to venture into the woods after him. Hazel finds, however, that these woods are nothing like what she’s read about, and the Jack that Hazel went in to save isn’t the same Jack that will emerge. Or even the same Hazel.

Inspired by Hans Christian Andersen’s “The Snow Queen,” Breadcrumbs is a story of the struggle to hold on, and the things we leave behind.

Breadcrumb was a delightful and sometimes incredibly beautiful middle grade story following a girl named Hazel and her journey to save her friend.

Middle Grade is a genre I use to read avidly before becoming a blogger but now I never seem to have any to read and I really miss them. They hold incredibly imaginative stories without the restrictions of reality that you find in YA, and occasionally you find a fantastical story that also feels realistic and they blow you away. That is what Breadcrumbs turned out to be.

Hazel is a girl who struggles daily with fitting in and finds solace in her best friend, Jack, and the stories they tell. Her life has become harder since her father left and everyone expects her to grow up, and now her best friend has abandoned her. Or so it seems, until he finds out the truth and seeks to find him. I felt that Hazel was an incredibly brave and strong girl for one so young, and it was kind of reminder that kids her age are capable of so much. This shows just how close she comes to giving up or giving into temptation but instead she put one her foot down and keeps moving. I really loved her friendship with Jack and how she felt so comfortable with him, but I was also happy to see her budding friendship with Adelaide because I wanted her to be able to feel at home with herself all the time and not just with Jack.

I loved the overall story as well. This is a true retelling of fairy tales because it comes complete with the extra meaning and morals. The world that Ursu paints in the woods feels much like several fairy tale worlds all pushed together and in some ways it is. I loved the tiny glimpses of other fairy-tales that we get as Hazel makes her way to save Jack, and they are not the ones with happy endings. It’s a cold harrowing place and I was completely invested. Even with all of the amazing scenes and seemingly beautiful imagery this is wholly a character driven book and in 312 short pages we manage to see so much growth in Hazel that I really want to know how things are for her after the end of the book.

I’m a bit sad that this is a standalone but I think that’s part of it’s charm. One of the best things about this is that I think it’s great for all ages, middle grade up. The writing is beautiful and the world is so easily picture, plus everyone has been a child so it’s fairly easy to relate to on several accounts (unless you’ve managed to skip your childhood completely).  I’m definitely going to check out more of Anne Ursu’s books in the future.