Today I have the cover reveal for Stacey Mosteller’s upcoming novel Pretending She’s Mine, as well as an excerpt!

Livvie made her choice and Tyler Chamberlain is still reeling but he’s not giving up. Fans of S.C. Stephens’s Thoughtless or K.A. Linde’s Avoiding Commitment will devour the sexy and angsty addition to the Nashville Nights series by NYT Bestselling Author Stacey Mosteller.

So without further adu…

She chose the good guy, the steady one, the one who’s always been there. But where does that leave me? Now that she’s gone, there’s no reason for me to be the guy I pretended to be for her. You’ve heard Livvie’s side and Emmett’s, you know how that ends. Now it’s my turn. She thinks I gave up, but my fight is just beginning.

Who’s the one pretending now?

See where it all began with book 1 of the Nashville Nights series, Save Me from Myself.

I can’t stop staring at the last text he sent me.

It’s an obvious goodbye, but it hits me like a “fuck you” too. His last chance to shove his middle finger in the air at me and let me know just how much what happened isn’t bothering him. It negates everything that happened in his apartment what feels like weeks ago, when in reality it was only an hour. As soon as Emmett pulled up in front of my house, I stomped inside and slammed my bedroom door, locking it behind me before he could rush in and try to fix us.

“C’mon Livvie!” Emmett’s voice comes through the door just before he starts banging on it with an open hand. “Talk to me. Don’t shut me out again!” His voice rises to a shout and I cringe.

Don’t shut him out? What did he think was going to happen? He gave me an ultimatum and I caved. But now, now that I’m staring down at his text, I’m wondering if I made the right choice. 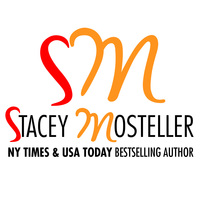 She is also a wife, mother, writer and self-professed bookwhore – not necessarily in that order! As the mother of three growing boys, her Kindle has become her temporary escape from the insanity of boys, dogs and her husband. Stacey can usually be found curled up with her iPad when she’s supposed to be writing or creating endless playlists on Spotify!

This entry was posted in General and tagged cover reveal, excerpt. Bookmark the permalink.