Book Review: A Swirl of Ocean by Melissa Sarno 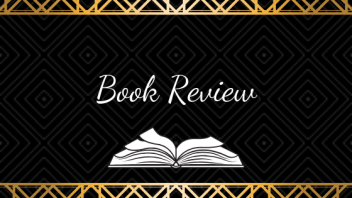 A girl discovers that the ocean is holding secrets she never could have imagined.

Twelve-year-old Summer loves the ocean. The smell, the immensity, the feeling she gets when she dives beneath the surface. She has lived in Barnes Bluff Bay since she was two years old, when Lindy found her on the beach. It’s been the two of them ever since. But now, ten years later, Summer feels uncertainty about her place with Lindy and starts to wonder about where she came from. One night, Summer goes for a swim and gets caught in a riptide, swallowing mouthfuls of seawater. And that night, she dreams of a girl. A girl her age living in the same town, but not in the same time. Summer’s not persuaded that this girl is real, but something about her feels familiar.

Summer dreams again and again about this girl, Tink, and becomes convinced that she is connected to her past. As she sees Tink struggle with her sister growing away from her and her friends starting to pair off, Summer must come to terms with her own evolving home life and discover how the bonds that make us family can help heal the wounds of the past.

A Swirl of Ocean is a middle-grade novel that takes place in a small beach town,  where a young girl named Summer must come to terms with change and what it means to be family. It’s a touching story that focuses on growth and healing, swirled in with some magical realism.

I will openly admit, that magical realism is not my thing. It’s too fluid and flighty for my rigid world-building tastes, I need the hows and the whys. However, A Swirl of Ocean had me captivated regardless of it’s fluidity. The moment Summer sees her first vision of a girl named Tink I knew I had to keep reading to see what it all meant, and I wasn’t disappointed. We are treated to a story about what it means to be family, especially as it’s members grow, change, and bring others in. I think it’s an important subject to breach for readers of all ages, and it was handled quite well here. Summer’s acceptance isn’t something that comes easy or without pain, and through her visions of Tink we see another girl going through something similar despite her obviously being someone from the city’s past.

Sarno’s writing is quite beautiful and because of her ability to paint a picture, the more magical realistic side of the story flowed quite well within the overall narrative. It added a touch of mystery and a focus for Summer as she worked through her own emotions. Most importantly I think she handled the adult voices quite well, they are not perfect beings without mistakes. They sometimes lie or put their foot in their mouth, and while it may not always be okay it shows that it’s okay for kids not to be perfect either.

The only thing I wasn’t totally fond of was the overall ending. It works well for the story itself, but again it’s one of those personal taste issues. I wanted more explanation than I was getting, but I understand

While I didn’t sink into this as much as I wanted to, I did enjoy it quite a bit and I think if you don’t mind the mysticism alongside your coming of age stories then it’s certainly one to try out.

3 Responses to Book Review: A Swirl of Ocean by Melissa Sarno